By clicking “Accept”, you agree to the storing of cookies on your device to enhance site navigation, analyze site usage, and assist in our marketing efforts. View our Privacy Policy for more information.
Accept 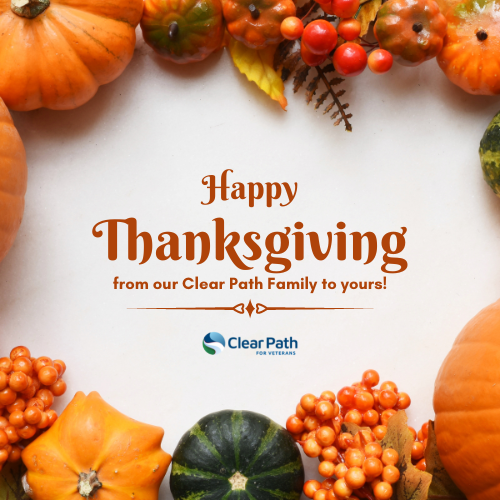 CHITTENANGO, N.Y. (WSYR-TV) — Clear Path For Veterans brought back its annual Thanksgiving dinner on Thursday, which is a Thanksgiving Day tradition for many local vets and their families.

It truly is a Thanksgiving meal that doesn’t go unnoticed.

“Thanksgiving dinner is good and the guy that we got in the kitchen knows exactly what he’s doing,” says Norman Turbee, who served in the Air Force for four years.

But it goes beyond just a turkey on the table.

“What makes the food taste good is the camaraderie, companionship, people with shared experiences even though they’re different, all been in uniform and like everybody else, everybody’s got a story,” says Turbee.

It’s a story to tell. Every veteran has one, including veteran Norman Turbee who served in the Air Force for four years.

“It’s therapeutic and healing at the same time which like my opinion it’s like a wound or a scar you know. You can see where the cut is but the scar never goes away,” says Turbee.

Shared experiences, that are different, yet all the same. Some of those stories were shared with veterans, their families and the community all under one roof on Thanksgiving Day.

“Most of the veterans that are coming here today don’t have a place to go for Thanksgiving. So we welcome them to Clear Path and share a meal with them as well as the volunteers that are here today too,” says Alex Behm, executive director at Clear Path For Veterans.

Some of those volunteers are veterans themselves, like Richard Fisher, who served in the Marines for four years.

“Something about giving back to those that gave before you so it’s also a little bit of therapy for me to see your brothers and sisters,” says Fisher.

Thankful for each other, family, friends, and those they have served.

Clear Path For Veterans has held its annual Thanksgiving dinner for 10 years now, growing every year.